For the Bruh multisensor, I decided it might be prudent of me to also order some cheap USB power adapters after all if all the parts were in working order I’d have 10 multi-sensors sensors. Now I know not to expect much especially when I found a dual 2.1/1 amp charger for 103JPY.

I figured I’d give them a try, as with shipping they would be half the price cheaper than going to the local Daiso [dollar shop] and picking up a charger there for 200JPY (2USD). [which is what I ended up doing in the end anyways]

Ordered 2018.03.24 Arrived 2018.04.02 – The packaging coming from China generally leaves much to be desired. Usually it’s some form of rubber bag with foam layers wrapped around your order.

This was no different except that not only was the wrapping terrible, it was uneven, one charge was not wrapped. For the price I was more than willing to overlook that as long as they worked well as chargers.

As I was taking it out of the envelope one of the chargers popped open. hmm well that’s interesting. So I had a peak inside.

The USB tabs were reversed compared with what the other one.
I ordered red but got a pink (broken) and an orangy one.

As many vendors on AliExpress seem to want you to contact them directly before submitting a dispute I sent a message within the AliExpress app 2018.04.02 stating the units didn’t work properly. 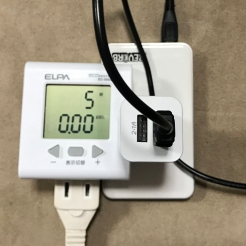 The more orange one worked at 1a 5v

the pink block started to smell and failed after testing

iPhone in an old iPhone charger 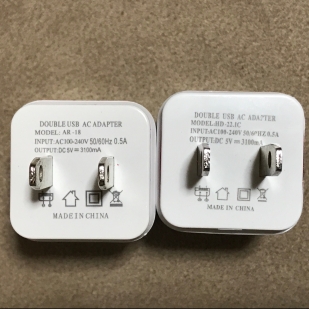 Luxury….right
I got no reply.

I decided to open a dispute with AliExpress. A few days later for a refund or new items that work. I was contacted and told to provide proof. I sent pictures.

They, AliExpress (AE), counter offered my request with a generous 0¥ offer to essentially tell me to quit this.

I persisted not because of the insignificant money but I wanted a fair deal in principle also as I later found out many vendors sell crap chargers and as it’s a low price don’t expect anyone to contest. So, clearly demonstrating the defective nature of the chargers by video and changing my request/counter suggestion to a 75% refund as one charger works for one USB socket. I waited for a new response.

In the end I was granted 100% refund (excluding shipping)

Overall I cannot say my trust is high with AE, I wasn’t expecting this to go in my favor so it’s nice that they did the right thing but living in Japan I’ve grown accustomed to high service first levels. Doubting the customer is not something that is done.

If AE really wishes to make inroads in Japan much higher customer service levels will be expected and required.