I finally got the led strips and a bunch of other things but not the buck converters (12v->5v) ordered from another aliexpress shop.

This is a test thing I know it’s rather unsightly. The USB cable plugs right into the nodemcu.

More info on the LC51 chip that drives this car charger unit.

Tested all strips. All in working order although I wasn’t happy with the packaging of the 1m strip. (For another entry I guess) 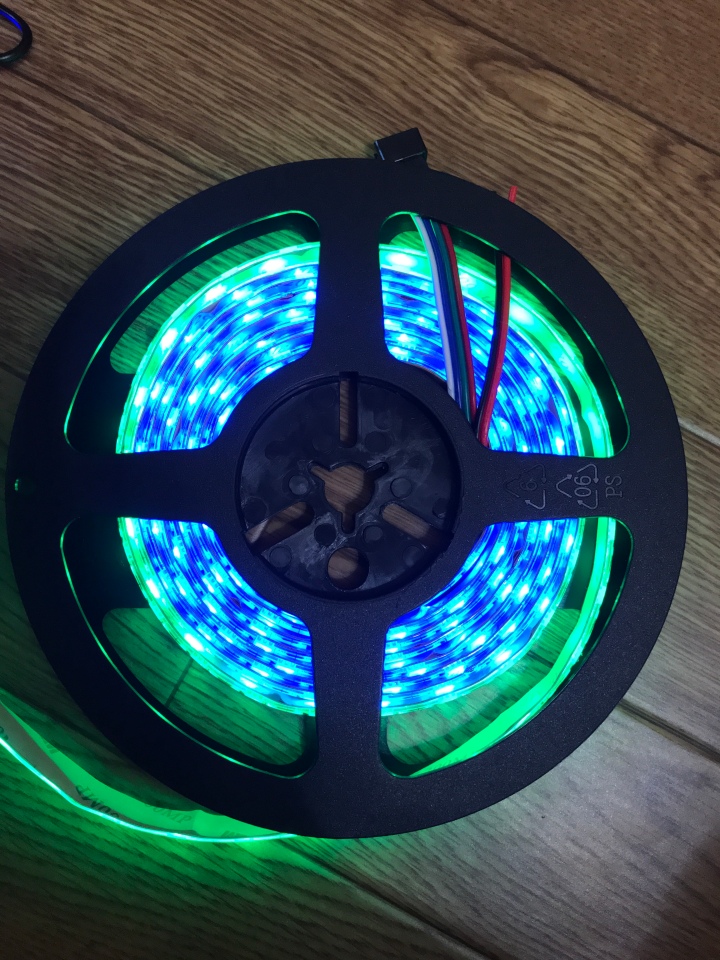 Short test to not burn out the LEDs

Having said that I did turn off the main power switch to the 100v->12v adapter at least 10 times whilst testing.

The one casualty at the moment is my nodemcu. It now refuses to control the led strips when doing a final test to check for voltage/colour drop on 12v. (None noticed)

Gpio2 (PIN D4) seems to be unresponsive, nodemcu’ a built in blue LED also stopped working. (The chip can be flashed without blinking) WLED works but there is no change in the strip. Another strip tested same result.

Next step new nodemcu/wemos to test. Hopefully it’s not the strips.

Another nodemcu flashed. WLED works perfect. In my second test attempt with this new nodemcu I decided to add a logic shifter 3.3->5v. All strips worked well.

Reading up on WLED. It seems there is a possibility to change the control pin to D3 via a modified firmware.